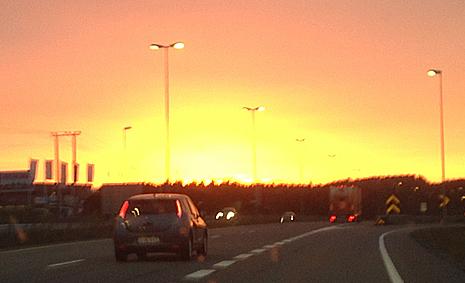 The prophet Jeremiah declares (chapt. 50 + 51) that Babylon; the land of Chaldeans will be attacked by a people from the North. They shall execute God´s judgement and leave the land waste. Just as God punishes Israel through a mighty people from North, likewise God will punish even Babylon trough a people from North (Jer 25:8-14).

The Bible speaks about repeated revenge. The first time God´s judgement over Babylon came through Persia, by whom Babylon was conquered 539 BC. For centuries now, Babylon has been covered with sand, in the wildness.

The concept Babylon depiets more than just a land and a city North of Israel. Their religious concept was contradictory to Israel’s´ (Gen 11:1-9). The gods of Babylon pursued worldwide worship and dominion. Greek, Roman and Norse Mythology have roots from Babylonian mythology. From the testimony of John in the book of Revelation, we understand that the power of Babylon is still not defeated. John prophesies about a second and a final judgement over Babylon (Rev 14:8; Rev 16:17-19; Rev 17:1-19:10). In these chapters, the deep secret of the concept Babylon is revealed and disclosed: She is “the great harlot”. With her, the kings of the earth committed adultery. She is “a home for demons and a haunt for evil spirits” (Rev 17:1-2 ; Rev 18:2).

The Lamb together with its elect, chosen and faithful will finally defeat Babylon and triumph over her. (Rev 17:14) The judgement over historical Babylonian is a foreboding of the end time judgement over the Babylonian system, the great harlot. A mighty people from North will carry out even this judgement. The prophesy of Jeremiah shall finally be fulfilled.

Just like Jeremiah, the prophet Isaiah proclaims about Babylon in chapter 13. God´s holy warriors (v3) are described in similar terms as the nations from North in Jer 50:3. They shall serve God by carrying out his wrath (Isa 13:3).

This Babylon-people, used by God to punish Israel, are victorious. Under God´s command, they are invincible. They are the Lord´s servants. In many ways, they can be regarded as a prototype for the future people from the North that God will call and send against Babylon. The army of the Lord is the victorious army. The qualities of the Babylonian army of old can be applied on God´s army as well! Even God´s people from the North will come “like a lion” (Isa 5:29 ; Joel 2:1-11 ; Zep 1:14-18 ; 2:9-11). Other similar texts speaking God´s people from North are (Jer 4:5-7).

In the last 50 years Christians – independent of one another – have received prophesies about the Nordic people, prophesies that can be linked to the Biblical prophesies about “a people from the North”. We have also seen how different people are being called to move to the Nordic countries. Kjell Sjöberg and Gunnar Brudeli (www.laossbe.no) have compiled a lot of material on this topic.

God is calling upon his chosen and faithful in the Nordic nations!

If you feel a calling in this connection, an urge in your heart, or if you know someone with a special calling regarding the Nordic countries, please do not hesitate to contact us or others who is connected to the same calling.